She’s back! The much loved Cherish Stevenson is back full-time behind the bar at Cherry Cola’s Rock ‘n’ Rolla Cabaret and Lounge.  After a well-needed hiatus from her”36-hour” days, Stevenson’s beautiful smile and warm hugs are once again greeting all who enter. Located at 200 Bathurst St., Toronto, the signature red door has been a welcoming beacon for bands and music lovers for over seven years. Having owned Cherry Cola’s for over seven years, and with a newly inked 10-year lease, this is one Toronto club that’s not going anywhere.

Cherry Cola’s™ or Cherry’s, as it’s fondly called, is one of the most popular (and sexiest) music clubs in Toronto with a far-reaching reputation. Stevenson herself has been a passionate supporter of young up-and-coming bands since she opened the club in 2010. A launching pad for many including Rival Sons, Xprime (now James Blonde), Juno-nominated Courage My Love, Secret Broadcast….the list goes on. Cherry’s has made a significant impact on the local music scene. For a small club, its footprint is large!

Matt Groopie is booking the club full time with Thursdays kept as an “open night”, providing an weekly window for the various music promoters to book their talent into what rapidly became the goal of many young bands over the years….to perform at Cherry’s. …and don’t forget Sinful Sundays, Toronto’s longest running burlesque night.

Decorated in Victorian bordello style (all the furnishings, decor, velvet wallpaper, colour, etc. were specifically chosen by Stevenson) Cherry’s is the “go to” club for many including out-of-towners, both famous and infamous.

Cherry Cola’s™ and Cherish Stevenson, one really cannot conceive of one without the other. 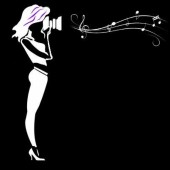 Get the Latest, Most Fascinating Pop News, Delivered to Your Mail!

Read the Best of Popular News Across All Social Networks!